Lee has had her cellphone in hand for the last hour, staring at the screen and buttons as if they were foreign to her. Every now and then she would tentatively reach out and scroll through her contacts until her finger hovered over one name in particular but before she could bring herself to press the button to call the person the screen would go black and she would have to muster up the courage again to return to the list of names and numbers. After the seventh time of seeking out the number her finger slipped a little bit and the phone in her hand began to ring. She still isn’t sure she’s making the right decision, she can’t believe she’s entertaining the idea but she knows that if she wants to earn the respect of her family back, she has no choice. She brings the phone to her ear, just as it’s answered.

“Wilsonoff Community Theatre, how can I help you?” Lee doesn’t answer, frozen. “Hello?…Hello?…I’m sorry, if you’re speaking, I can’t hear you.”
“H-Hi, can you hear me now?”
“A little quiet, but much better! How can I help you today?”
“It’s uh… Lee Clarke calling, may I speak with Alexander?”
“I’m sorry Ms. Clarke, Alexander retired a couple of months back, I can leave a message for the new Orchestra Lead if you’d like?”
“Yes please. Please have him or, uh, her, call me… I’d like to come back to work.”
“Ah, OK Ms. Clarke, that’s L-E-I-G-H C-L-A-R-K?”
“No no…”
And so the conversation goes, until all details are correct and Lee is left waiting by the phone for a stranger to give her a job. 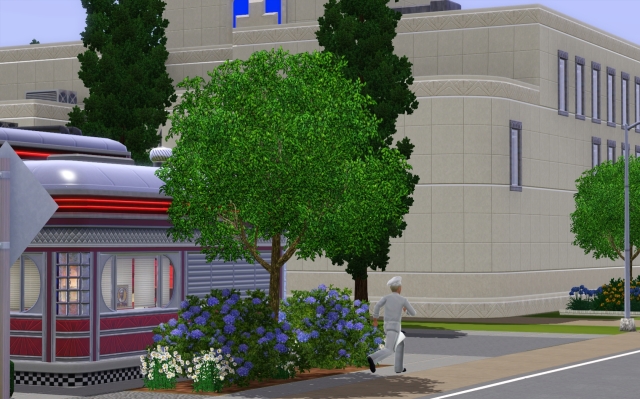 A couple of weeks later the phone rings at Hogan’s Deep Fried Diner, which is not unusual in and of itself, but when an official sounding man asks if he could please speak with a Mr. Berjes Clarke, stumbling over the unusual first name, the server who had answered is a bit surprised. Not once has anyone asked for the Chef by his name when calling, his personal calls always come in on his cellphone. Despite the rush of customers she interrupts the line to let him know there’s a call, and that it sounds important. As Chef dries his hands on his apron and makes his way over to the phone, she takes in his frown and hopes she’s not going to get yelled at when he hangs up. After a couple of moments of silence on his end, she watches his face turn gray and worried, he mumbles something into the receiver she can’t make out and hangs up. “I have to go.” is all he says before he rushes out of the restaurant and down the street, hardly notifying his staff of his departure.

His destination isn’t far, just the hospital around the corner, where he gets the opportunity to pace around the bustling lobby as he waits for his wife to be discharged as the nurses assure him should happen soon. 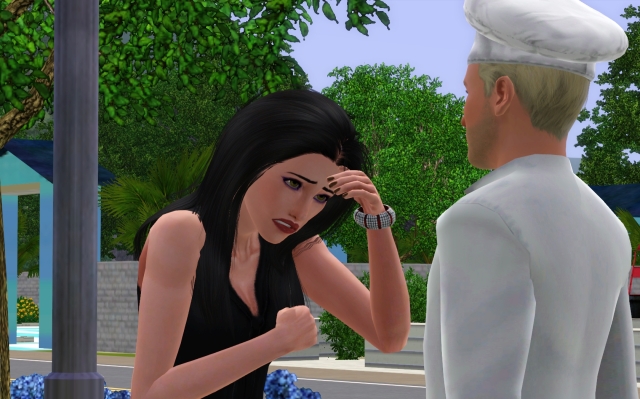 When Lee finally does emerge, in a dress he hardly recognizes, she looks at him with wide eyes and a pale face and hurries him away from the crowded corridors. Once outside she just peers up at him sheepishly.
“I’m sorry they called you, I’m OK. You can go back to work.” She whispers as she looks around for a cab, ready to put everything behind her.
“Whoa now! What happened Lee? They wouldn’t tell me!”
With a heavy sigh she lets her head and shoulders droop, she hates when he sees her like this. “I… I had a bit of an… Attack.”
Berjes can hear the capitalization on Attack, he remembers all to well the anxiety and panicked moments he’d coached her through in the past. “An Attack? Where were you, what happened?”
“I… I tried to go back to work, Berjes. I tried! But I got there and sat down and they wanted to practice and I just… I couldn’t”

Berjes reaches out and puts his hands on his wife’s shoulder, his heart swelling at the news. She had heard him when he spoke, she was trying.
“It’s OK. I’m so, so very proud of you, Lee. Come here.”
He pulls her close, stroking her hair and her back as he whispers comforting and supportive words in her ears, building her confidence back like only he’d ever known how to until she stops shaking in his arms.
“I’m going to try again. Tomorrow.” she promises him before they part ways – her heading back home to the safety and solitude of her studio and him back to work to finish off his shift. Both with a new bounce in their steps that can only come from feeling close to someone once again.

Tomorrow comes around and Lee does return to work, managing to get through her entire shift without having to be taken to the hospital. Neither Bean nor Berjes mention the fact that the studio is obviously dark for the first time in years – Bean doesn’t really care and Berjes knows that it’s not his secret to tell, not until his wife is ready to share her news. For all he knows, she’ll come home tonight and say she’s never going back. Oh how he needs her to go back! Every day is a struggle to ensure food is on the table and that the lights stay on, he battles with himself over whether he should try to find a part time job to supplement their income, surely someone in Sunset Valley could use a personal chef, right? Having Lee’s paycheque coming in daily could make or break their family… More than it’s already broken. 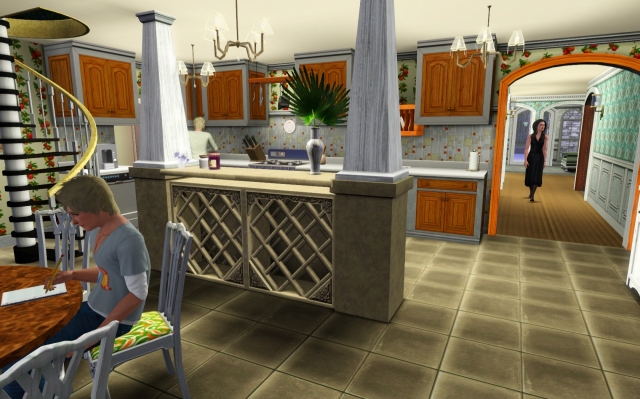 Berjes hardly realizes how tense he is until he hears the front door open and Lee’s confident footsteps clicking down the hallway towards him. He knows that if she’d had a bad day he wouldn’t know she was home until the lights in the studio went on; she’d be hiding out and that would be the end of his hope and possibly the end of his rope. In the months since he’d first talked with Lee about getting a job he’d seriously considered going to a lawyer and looking into divorce but with this glimmer of change… Perhaps the family can stop living in the shadow of Jack’s disappearance and begin moving into the light again. 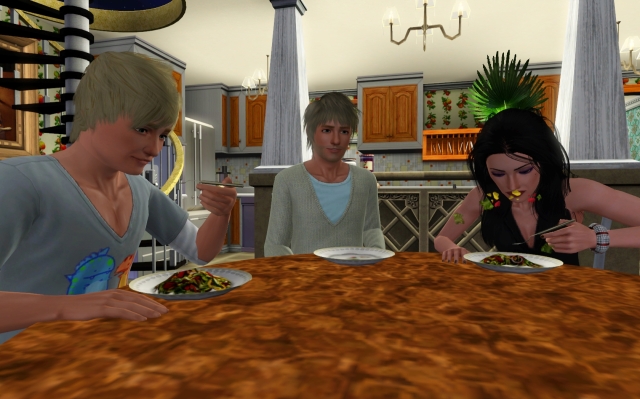 Lee is smiling and humming to herself as she helps clear the table and serve dinner (it’s just a salad, there’s no room in the budget for meat right now) which is the first time she’s lifted a finger outside of ‘her’ space but she’s in such a good mood! As she wolfs down her meal she tells her family all about her day, registering Berjes excitement and approval and trying hard not to let Bean’s silence dampen her enthusiasm – at least he’s smiling a bit. Little does she know that Bean’s smile is due to his expanded freedom hours. If mom’s never going to be home any more, he truly has nothing to worry about when he’s wandering town. 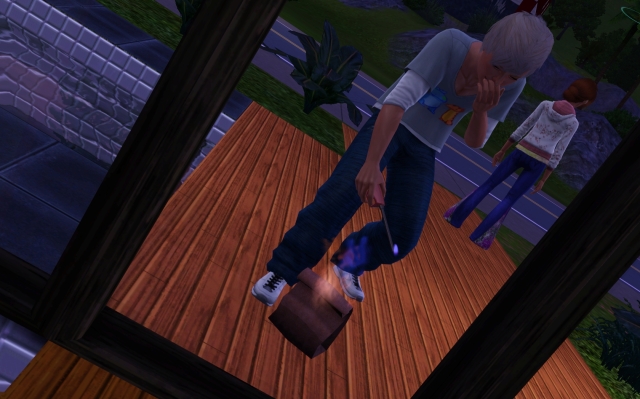 Chuckling to himself as if to sooth his nerves, Bean happily drops the smelly paper bag to the ground and checks over his shoulder. Maebe’s playing lookout, peering up and down the road in a suspicious way but there’s no one around to see it. The light upstairs turns off and Bean calms down a bit – just long enough to pull the lighter out of his pocket but not long enough for him to work the child-safety-lock properly the first time, or the second time. By the time he finally gets a flame and the bag catches alight, he’s forgotten the next step of the prank.

“Ring the bell! Ring the bell and run!” Maebe calls from her new spot, hiding in the bushes of the house. And Bean does. His finger pushes firmly against the doorbell and then he dashes over to Maebe, practically diving into the foliage so he can watch the lights in the house turn on one by one as the owner comes to answer the door. Maebe and Bean’s are stifling laughter hard enough that their ribs are hurting and they’re shaking the bushes around them, but it will be worth it, totally worth it!

The old man pushes the door open and stares, dumbfounded, at the bag on his walkway while the pair of teens cling to each other in silent hysterics. It takes a moment before what he’s seeing registers. “Fire!” he cries, as if there’s anyone else on the street and as if it’s his house in flames and not just a bag. At least he doesn’t call 911! Finally he gets his wits about him and only smelling the charring paper stomps down over and over until smoke rises along with the putrid scent of poop. “You damn kids!!” The old man actually shakes his fist in the air, much to the delight of the duo, but never looks around to see if anyone’s around. He pulls off his soiled shoe and hobbles back inside, grumbling under his breath and leaving the smoking, stinking, smushed bag on the ground. 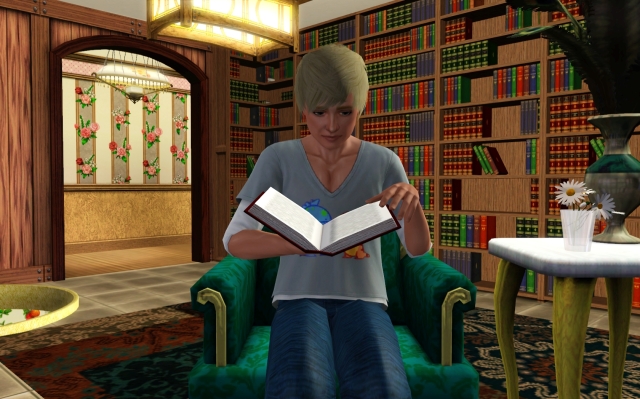 Another successful prank! Once the coast is clear Maebe and Bean run back through town, skirting through alleyways and skulking in shadows until they have to part ways. Their timing is perfect and Bean is back home and in a comfortable chair, his book open to a random page just as the door opens and one of his parents returns home. It doesn’t matter which one. His nights out with Maebe are exhilarating and the adrenaline rush of almost getting caught is addictive. Not a word on the page in front of him is read as he imagines what they might get up to tomorrow.

Pages: 1 2 3 4 5
This entry was posted in Uncategorized. Bookmark the permalink.