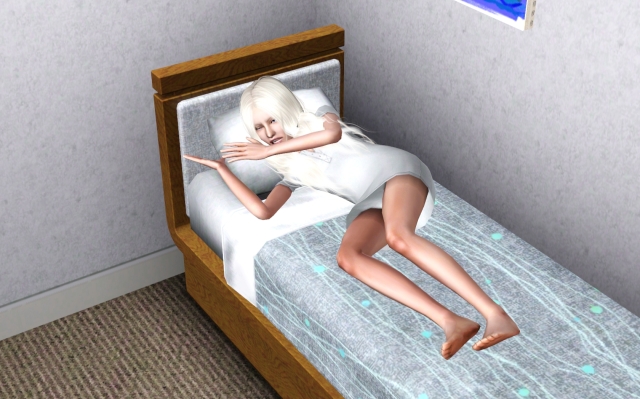 She felt their presences like a weight in the room, even though they didn’t make a sound. They stood and watched, and just as she was begin to lose consciousness she dared flutter her eyelids to catch a glimpse of her captors. In the dark, she saw people, people with glowing eyes. Monsters. As sleep began to claim her:
“Must we keep waiting? Mmm… I just want to -”
“Restrain yourself! Be quick, I’m starving.”
She didn’t hear the reply as darkness claimed her for the night.

And now she knew more. Knowing the aching, weak, feeling that enveloped her body when she woke, Amaya decided to remain in bed instead of doing anything. She turned away from her prison cell and pressed herself as close to the wall as she could, trying to block out her reality and go back to sleep. For a whole day and night she refused to move, feeling numb. She didn’t know what They were, just that They were some sort of monster that drained her energy in the night. Nowhere in her library was a book so much as referencing 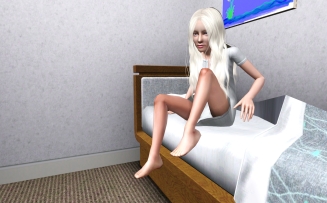 these creatures. She did not and could not know. Finally, when she thought perhaps she was dying, Amaya left the bed. Her stomach was cramping and she was absolutely parched. She’d felt this many times before, but never left it untreated for long. Like a zombie she shuffled through her recovery, skipping only her usual shower until she was convinced she could stand for long enough.

Feeling clearer headed, but still weak, Amaya headed back to bed for another nap. Suddenly, something in her mind clicked into place. A rush of frantic energy pulsed through her and she freaked out, just for a moment. She understood what she felt, even if she didn’t know the word for it: Violated. They made her sleep and then they came into her room while she was vulnerable and did something to her that made her feel sick. They used her and left her locked in a place alone.

Every inch of her body felt filthy, and despite her legs trembling beneath her, Amaya ran her shower. It was steaming hot, scalding hot, and she stood under the spray and scrubbed her body until it was raw and stinging. Still, it wasn’t enough. She felt wrong, the way the room was wrong, the way her life was wrong. Right now she wasn’t surrounded by the problem, she was the problem, and she only stopped her shower when she grew so lightheaded her vision began to black out. Cool air soon had her shivering, invigorated yet 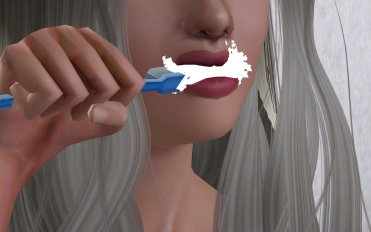 exhausted at the same time. Her body shook, no longer wanting to bear her weight yet her thoughts were too hectic for it not to follow instructions. Her shower water had not been able to eliminate the mixed taste of thick, sweet juice and the flat dryness she always had after a nap. Desperate to just feel clean again, she pulled out her toothbrush and brushed until her gums bled, the irony tang overwhelming even the mint. Only then did she sleep.

Pages: 1 2 3 4
This entry was posted in Uncategorized. Bookmark the permalink.

7 Responses to Interlude – Locked Away p.2